TheEMTSpot is a reader-supported site. Purchases made through links may earn a commission. Learn more.

Sometimes, when we get on that outer boundary of established medical practices we start running in to controversy. As an author, and a bit of a non-conformist, I love controversy. One area that falls in the gray realm of medical assessment is testing for unconsciousness. This is a concept familiar to all who work in emergency services and rarely considered by the lay public. I’ll explain.

When we encounter a person who is not responding to us there are several possibilities.

We treat all patient who refuse or are unable to respond to us with a high index of suspicion for injury or illness, but it’s helpful to try to get an idea where the patient actually is mentally. Are they here and not responding to us, or are they just not here?

I’ll be the first one to say that some of the things that have passed as acceptable tests for consciousness are inappropriate. I’m glad that we’re trending away from ammonia inhalants. I don’t want to get in to how I’ve seen those things abused, or how I’ve seen patients abused with them.

I’m also not a big fan of painful stimuli. I much prefer the idea of noxious stimuli. In other words, stimuli that is annoying and / or unexpected. I find that I have a greater talent for being obnoxious than being torturous. My parents recognized this at a young age. What can I say … it’s a gift.

So there are some tests that I like to use and some that I shy away from. And there’s one that I’ve become particularly fond of over time. I do use the hand drop test (Always protect the face of the patient when doing this.) And I’ll also use a gentle sternal rub or trapezius pinch. I like the eye flutter test as well.

I’m not a big fan of cranking on the nail beds with a solid object or pushing on pressure points. It just seems to easy to injure someone if you do it wrong. It’s also inaccurate on patients who are intoxicated or have high pain thresholds. I also don’t ever use ammonia inhalants. Don’t mess with the airway of a potentially unconscious person. Regardless of how effective you think it might be, it’s not a good idea.

The assessment technique I’ve become particularly fond of is the face flick. Yes, it’s just like it sounds. You take your index or middle finger and you flick the patients face right on the upper part of their cheek. It’s really annoying. Try it just a little on yourself right now and you’ll be surprised at just how downright irritating it really is.

I first learned of the face flick in an airway lecture given by Will Dunn. (A frequent contributor to The EMS Garage.)

I like the face flick for a couple reasons. One it that it really hits the corneal reflex of conscious patients. Your corneal reflex is just primed to flinch at the sensation of an impact so close to the eye. If I can flick the face one or twice without any twitching from the surrounding musculature I take that as a reliable sign of deep impairment.

In addition, the urge to move the head away and look towards the stimuli is almost irresistible. When I come out of nowhere and give a few solid flicks to the face combined with a loud, “Hey there!” the urge to look at me is overwhelming.  Then I smile and say hi.

I also like the fact that, unless you just have remarkably poor aim, it’s hard to imagine hurting or injuring someone with this technique. It doesn’t leave marks and the discomfort goes away as soon as you quit flicking them.

I have noticed one downside. You look like a real jerk when you do it. That doesn’t rule it out as medically inappropriate, but you can’t just waltz up to someone’s unconscious grandma and start flicking her in the face and yelling, “Hey you.” Well … you can, but there’s going to be some explaining later. It just looks horribly disrespectful so you need to use your discretion when and where you do this.

Try it out and tell me what you think.

I am a firefighter paramedic for the South Metro Fire Rescue Authority and freelance writer. I have been writing for EMS journals for over five years now and have found the experience both rewarding and challenging. I’ve had the good fortune to see my articles on the cover of EMS Magazine, Advanced Rescue Technology and JEMS.

Disclaimer: This article is republished from the archives of this website. Articles you may find in the EMT category are authored by Steve Whitehead. If you find his articles interesting and want to read more of them, check EMS1.com.

Heart care is a top priority in today’s medical world, and TheEMTSpot will be your one-stop solution for all queries you have. Dive in now! 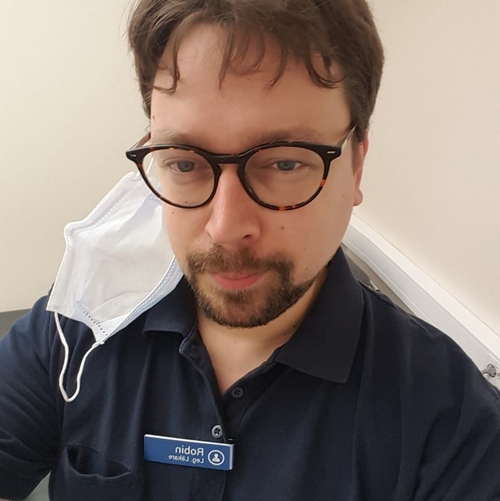 Robin Backlund is a dedicated journalist and a medical student who has written several articles and essays exposing the falseness and hollowness of online resources in the medical science niche.

All TheEMTSpot’s content is medically reviewed or fact checked to ensure that it is as accurate as possible.

We have strict sourcing guidelines and only link to other reputable media sites, educational institutions, and, whenever possible, peer-reviewed studies.

If you feel that any of our content is inaccurate, out-of-date, or otherwise questionable, please contact us.

101 Things We Should Teach Every New EMT

What Is The Duty To Act?